Discovered in 1870 near the Brazilian city of Maragogipe, Maragogype is a natural mutation of Typica that’s known for especially large beans. Today, Maragogype is less known than it’s offspring, Pacamara (where it’s crossed with Pacas). However, Maragogype is still in demand for its large beans and high quality cup profile.

Strictly High Grown (SHG) specifies the altitude at which the coffee was grown. A coffee must be grown at 1,200 meters above sea level or higher to be considered SHG. The higher altitude and lower temperatures mean that the coffee fruit matures more slowly, creating a denser bean.

Guatemala boasts a variety of growing regions and conditions that produce spectacular coffees. Today, the country is revered as a producer of some of the most flavorful and nuanced cups worldwide. We are proud to work with several exceptional in-country partners to bring these coffees to market.

The Guatemalan coffee industry experienced a major setback with the 2010 appearance of Coffee Leaf Rust (CLR) in Latin America. The epidemic peaked in severity in 2012, and though CLR continues to affect some farms, Guatemala continues to produce high-quality, record-breaking coffees. In 2017, new and varied processing methods pushed prices at the Guatemalan Cup of Excellence contest to record highs.

The quality of coffee being produced in Guatemala is increasing, overall, due to the diversity of the industry’s producers. There are more and more small holder farmers producing exceptional coffee at high altitudes. Cooperatives are becoming more appealing to so many smallholders because they often offer farmers financing and other support for improving their farming and processing and are frequently able to offer higher prices for cherry than middlemen. Many cooperatives have initiated quality improvement training for farmer members and are becoming more adept at helping members market their coffee as specialty. 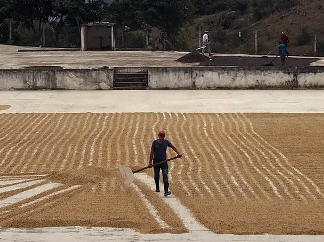